Claudio Puelles was born in Peru 🇵🇪 on April 21st 1996. He started training in mixed martial arts at the age of 13, he had his first amateur fight at 15 and first professional fight at 17.
Claudio participated in “the Ultimate fighter Latam season 3” earning his UFC contract by reaching the tournament final. He is currently a UFC Lightweight trying to crack the top 15 in the world.  He also holds a black belt in Brazilian Jiu-jitsu and Luta Livre 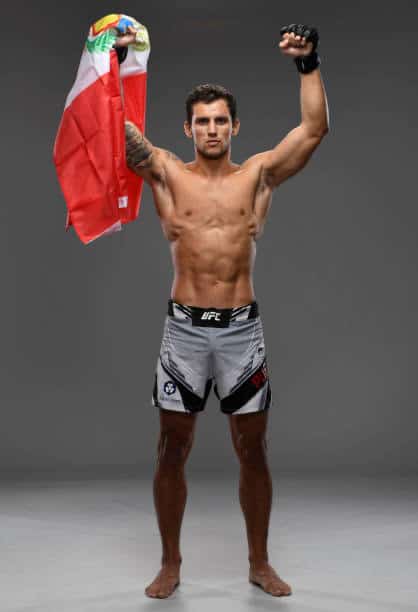