Danilo Marques de Carvalho (born December 26, 1985) is a Brazilian mixed martial artist who competes in the light heavyweight division of the Ultimate Fighting Championship (UFC). Marques’ career began when he started doing taekwondo at the age of 10 years old. He began boxing at 13, started BJJ at 18, and later began training in MMA. 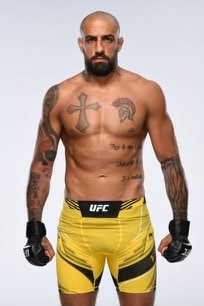